Edward MacDougall of the Queensboro Corporation developed Jackson Heights with a higher density middle zone, flanked by lower density western and eastern zones. The middle and end zones “feel” different even today, underscoring the power and intactness of the original zoning. The end zones feel more relaxed. The middle zone has a denser assemblage of garden apartments and larger apartment buildings. In the western and eastern zones, large fanciful buildings and some houses preside over the avenues, while lower-density private homes occupy the mid-blocks. Further refining the eastern and western zones, groups of Anglo-American style “English Garden Homes” were sprinkled throughout. Building design concerns included the relationship of light and open space, air and ventilation. Also, roof lines and massing, decoration, and provision for autos. Open space concerns included views and vistas, gardens and parks, courtyards and setbacks. Also, landscape and fountains, a sense of place and personality. To spread community development over a broader area, Edward MacDougall set aside large parcels at the ends of most blocks. Almost from the beginning, his plan took into account the future higher density development of these avenue sites.
Today, they energize the national register district with a dynamic diversity of building types. These large buildings “cap” the ends of the blocks, protectively enclosing lower density homes and garden apartments on the side streets. These buildings frequently give the community a more exuberant flair. A walk along the side streets reveals a subtle architectural rhythm, and along the avenues a sense of procession. Side street rhythms are seen in a subtle forward/recessed position of homes, and in recurring motifs of their highly balanced groups. The wider avenues allow a proper setting for the scale of creativity on these larger buildings to be viewed. Many have a formal, symmetrical balance. The large open spaces at the center of many blocks, in part, anticipated the higher density end-of-block development to come. This open space is variously used for private parks, gardens, backyards, garages as coordinated ornamental buildings, and community driveways. These are called “alleys” in Jackson Heights, on which children can play in safety.
Jackson Heights – The Architecture


The primary building material is brick. Embellishments are of stone, brick, stucco, half-timber, terra-cotta, and iron. Roofs are slate and tile. Stylistic influences include neo-Georgian, neo-Tudor, neo-Gothic, neo-Romanesque, Mediterranean, and Moderne. Facades are individualized and enhanced with turrets, dormers, arches, towers, and battlements. Large-scale decoration includes temple-fronts, colonnades, loggias, and pediments. Many end-of-block buildings were designed concurrently with Queensboro designs during the 1930s and 40s. They were developed by different architects with more fanciful ideas – always under the oversight of MacDougall’s Queensboro Corp., which had final approval rights. End-of-block buildings open gardens to the street by using large front and side courtyards rather than interior gardens. Often, they have fancier lobbies than Queensboro buildings, with fireplaces, hidden stairwells, and more varied apartment layouts having larger rooms. Two retail thoroughfares were laid out: a main street on 37th Avenue and a single block of 82nd Street between 37th and Roosevelt Avenues. Most buildings are handsome, even picturesque, with many black glass signs. These are not mere “taxpayers”, designed to be cheaply built, abused and later bulldozed. Rather, they are quality one and two-story retail buildings. Thoughtful architects frequently embellished them with special details and features that developers willingly spent extra dollars to construct. This styling related to the larger Jackson Heights vision, complementing and integrating with the residential blocks nearby. The architects who designed here were not striving to design in architecturally “pure” styles. Different stylistic influences were frequently combined and adapted. In fact, stylistic appellations are generalized, applied after-the-fact. Architects combined idealized images of old Europe with the vigor of New York City. Their designs both created and helped fulfill, the Jackson Heights (and very American) promise of “the good and gracious life” to be had here – just 5 miles from Manhattan. This page on the development of Jackson Heights is courtesy and copyright (c) of Jeffrey A. Saunders, reprinted with permission from The Jackson Heights Garden City Trail, published by The Jackson Heights Garden City Society, Inc.
Featured Listings 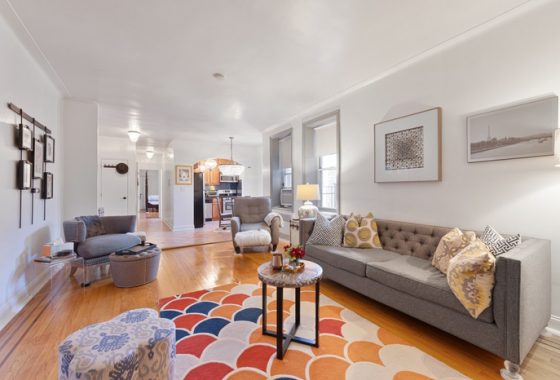 Yes! A pre-war mint renovated one bedroom CONDO in the Jackson Heights Historic/Landmark district under 550k DOES exist! 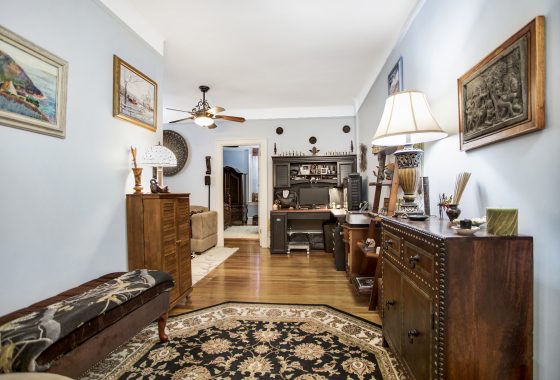 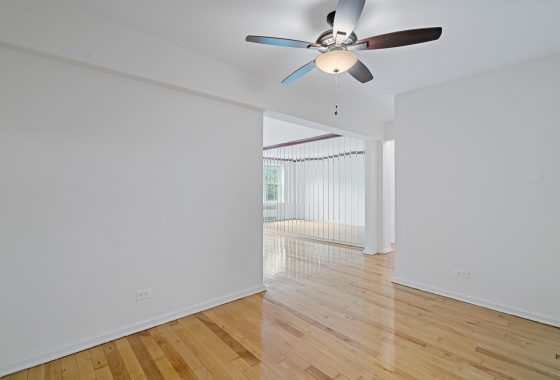 Delightful 2 Bedroom with an amazing home feel and appeal below 500k!